As a youth, Firebird Fine Arts Academy founder and artistic director, Ann
Cunningham-Claar was a founding member of  Young Michigan Dances under the
direction of Mr. Stanley Godfrey. She was a member of The Michiana Youth Ballet
and danced many seasons as a principal dancer with YMD along side Pittsburgh
Ballet principal dancers Jory Hancock and Melissa Lowe in numerous productions
including: The Nutcracker, Rhapsody In Blue, Cinderella, Sleeping Beauty, The Fire Bird, The Stone Flower, Alice in
Wonderland, and Peter and the Wolf.
Read more about Mr. Hancock at http://uanews.org/story/jory-hancock-named-ua-fine-arts-dean

Through YMD, she attended master classes with New York City Ballet principal dancer Edward Villella as well as Mine's infamous Marcel Marceau. Read
more about Mr. Villella at  http://http://www.hourdetroit.com/Hour-Detroit/November-2007/Edward-Villella/
At the age of fifteen, she received a Michigan Merit Award for artistic excellence from Governor Milliken during Michigan's Festival Week where she competed with hundreds of youth throughout the state.

Also at fifteen, she began teaching ballet at the Academy of Dance and Related Arts under the careful tutelage of Mr. Stanley Godfrey. She remained at the Academy with her mentor teaching all levels while developing choreographic skills until his death.
As a young adult, she furthered her dance training at Mary Grove college in Ballet under the direction of Jordeen Ivanov-Ericson, soloist of the Pittsburgh Ballet, Jacob Lascu, artistic director of Dance Detroit, and in Jazz under the direction Miguel Lopez of the Alvin Ailey American Dance Center in New York City.
At the age of nineteen, she was invited to join Canada's prestigious Royal Winnipeg Ballet Company by its artistic director, Mr. Arnold Spohr.  Read more about the RWB at http://http/www.rwb.org

She has danced and choreographed professionally with off broadway summer stock and YMD productions at the Tibbits Opera House in Coldwater, Mich.
In 2007 Mrs. Claar founded the Performing Arts School in Quincy, Michigan providing quality lessons in dance, music, drama, and voice. Within two months, she founded the Performing Arts School Ensemble which is a non-profit performing group dedicated to bringing the joy of the arts into the lives of children through performance and out-reach events. She enjoys bringing the classics back to the stage and looks forward to creating more original works like her ballet, The Red Feather.

In addition to teaching dance, Ms. Claar has taught Violin since 2007 and added the study of Viola, Cello, and Piano in 2013 when the school moved to Coldwater.  Her training spans a 10 year period and consists of private lessons using the Suzuki Method and more traditional methods at Western Michigan University.  You can read more about the Suzuki Method at http://suzukiassociation.org/
She is also the founder, president, and director of the Flute and Strings Ensemble for Music which is a non-profit performing group.

2012 brought big changes for the school as Rachel Claar was added to the staff and more art forms were added to the curriculum resulting in a move to a larger facility in Coldwater. A name change to Firebird Fine Arts Academy seemed appropriate as the school now included both performing and non-performing art forms.
Firebird Gallery, on the ground floor, opened in 2016 where local artists as well as Firebird Academy students may have the opportunity to display and sell their pieces. 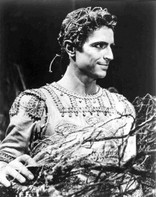 Midsummer Night's Dream
Edward Villella
Edward Villella, a former star of New York City Ballet, is one of the longest serving dance artistic directors in the world, having founded the Miami City Ballet in 1986. At the age of 71, he retired from the MCB in Fall of 2012.

"I remember  Eddie Villella as a kind and gentle person who really had a passion to share his love of dance. As a 15 yr old, I was thrilled that he noticed me and singled me out of so many others for corrections and conversation. He helped me to believe even more in myself. And, oh my goodness, he was so handsome!"~Ann Claar 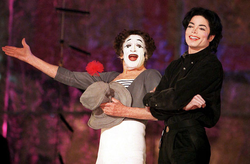 Marcel Marceau
Marcel Marceau was the legendary mime, who survived the Nazi occupation, and saved many children in WWII. He was regarded for his peerless style pantomime, moving audiences without uttering a single word, and was known to the World as a " master of silence."

"I remember Mr. Marceau as a short, fun-loving ball of energy. I was captivated the moment he started to teach or perform. I was also very impressed with his  strength, body knowledge, and imagination. And I never saw him without a white face :)" ~Ann Claar